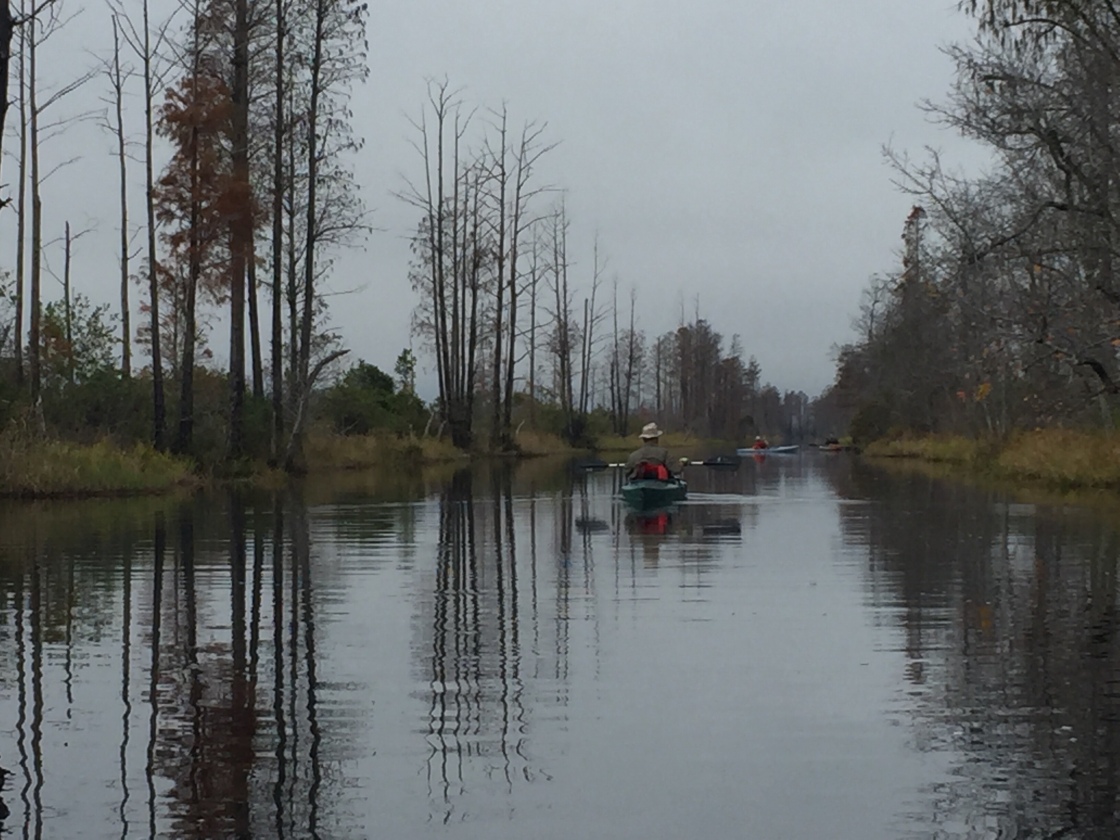 I don’t have a lot of experience kayaking, but the canal out to Cedar Hammock was an easy paddle. We went out kayaking with a Ranger and another volunteer. We spotted green herons, alligators, and two sandhill cranes.

At the Cedar Hammock is a floating dock with a shelter, picnic table and a pit toilet. The last time I had been out to Cedar Hammock was during a volunteer situation and the boat was motorized. It was a sunny warm day and there was a lot of activity. There were three couples on the platform, one of the couples was going to be spending the night and the other two couples were just out for a day paddle.

As the older couple finished up their lunch they got ready to leave. The younger couple was giving the older couple suggestions as they prepared to go from the platform into the kayak. As the gentleman got into the kayak, the young couple held on and even with them gripping the ends…the kayak tipped and dumped the man into the swamp. The water was over his head.

As he threaded water, his wife pulled out her cellphone and began videoing as she shouted, “Where are the binos? What about the bag? Your wallet?”

He splashed. “I think everything fell in.”

He pushed the kayak back to the dock and the young couple righted the boat. His waterproof bag was still in the kayak, his binos were still around his neck.

“Where’s your phone?” The woman called out.

He made his way to the dock and pulled out his wet phone, while his wife continued to video with her dry phone.

After a number of attempts he was finally hauled up onto the dock. His second attempt at entering the kayak was successful.

Needless to say when we reached the dock, I did not attempt to exit my kayak. It wasn’t the alligators that made me nervous, it was appearing on u-tube if I ended up in the swamp.