Georgia was never on our minds, until…

One year ago we were at Wallowa Lake, OR and Georgia wasn’t even a thought. 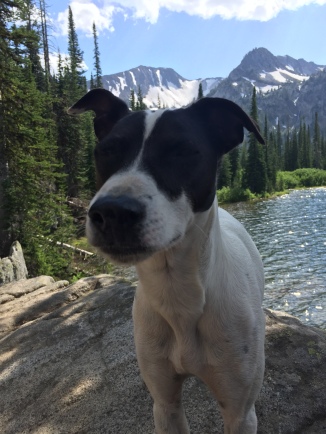 But when your house is on wheels and you’re open to possibilities your plans change. We had made arrangements to spend the winter in Texas, but when the volunteer position changed from full-hook up site, to water and electric only….We changed our minds.

We didn’t want to hook up our 39′ foot-5th wheel on a weekly basis just to dump our black and grey tanks of waste water. Nor did we want to fill, haul and drain a portable waste tank (honey wagon) every couple of days.

With less than a month to find a location with sent out a flurry of applications and decided to take the first offer with a FHU (full-hook-up-site).

Okefenokee National Wildlife Refuge responded first and offered us a position from October of 2017 through the end of May, 2018. 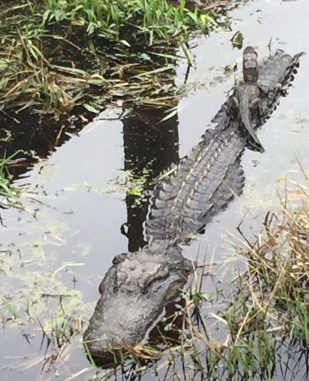 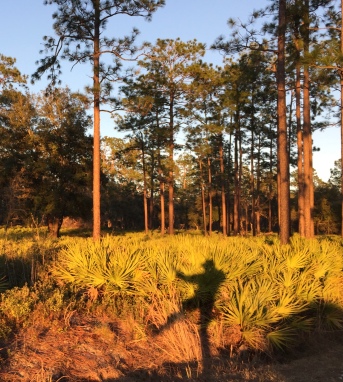 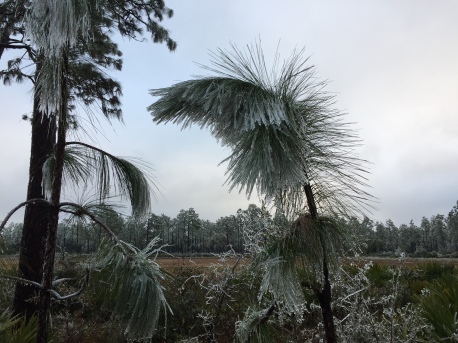 We gladly accepted the assignment and have had many adventures at the swamp. Our latest included going with the Fish and Wildlife on the St. Mary’s River to try and net sturgeon.

The Okefenokee Swamp is the head water to the St. Mary’s River. The Atlantic Ocean is only 40 miles by air but 130 miles by water. The St. Mary’s has lots of twists and turns. We put the boat in at the lower portion of the river at U.S. 17 east. 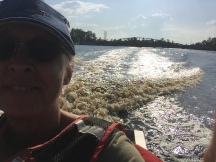 The first evening, Deb and I tagged along with the two Fish and Wildlife employees. We helped set three nets, and after forty-five minutes we helped haul up nets filled with gar, one channel catfish and zero sturgeons. 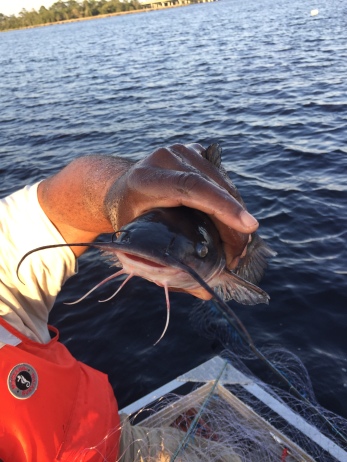 The second day. I volunteered with my husband. We left early in the morning (6:30) because the first high tide was at 8:05 am. On our drive to the boat ramp I asked John from the Fish and Wildlife. “So, how many sturgeon do you typically catch.”

“In a months time, about five.”

My excitement in catching a sturgeon dissipated. We stopped at a spot that was tidally influence and had less debris for the nets to snag.

The water temperature, salinity and dissolved oxygen was tested at the surface and at the bottom before we place the nets. If any sturgeon are caught the information they obtain from the sturgeon (size, weight, DNA sample…) is shared with the University of Georgia who is conducting a study of the endangered Atlantic sturgeon on three Georgia rivers. 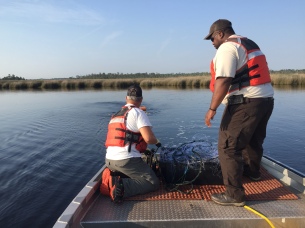 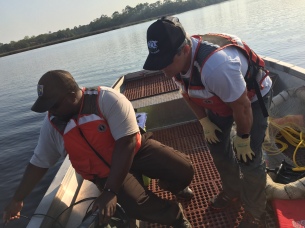 While waiting for the rare sturgeon we traveled further east on St. Mary’s River.

At first, I thought, what I was seeing was a giant turtle shell. Now, this might have been because I only had one cup of coffee, instead of my usually two. But after a few more splashes, I realized we were seeing manatees. Of course the large marine mammals were faster than my camera and I was unable to capture more than a glimpse of them. 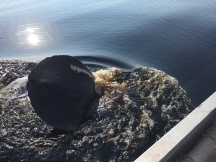 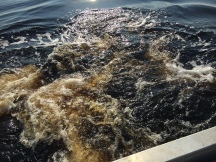 And when we arrived back at the nets …. gar. Lots of gar, one channel catfish and zero sturgeon.