Sometimes, I can almost hear our  Jack Russell Terrior’s thoughts.

As fulltime RVers, Stella has dipped her paws in the Pacific and the Alantic Oceans, along with many lakes and rivers in-between.   She loves the water and is easily entertained.

Although, today, Stella wasn’t content. No matter what stick I tossed into the water – she’d find a replacement. Of course it was always bigger.

It was like taking a kid to a toy store.

Finally she found the perfect stick and when we were done playing fetch. She refused to leave until I gave in…(yeah, I was “that” parent who gave in to the whining child.) So, of course I let Stella take the stick home. 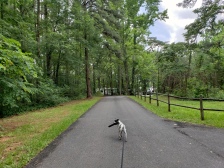 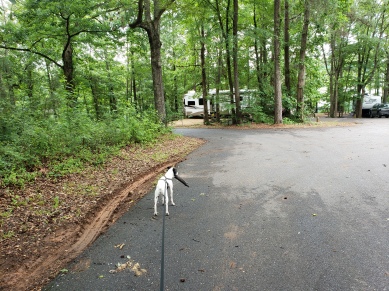 And just like a kid, when she got home, she abandoned the stick for something else.