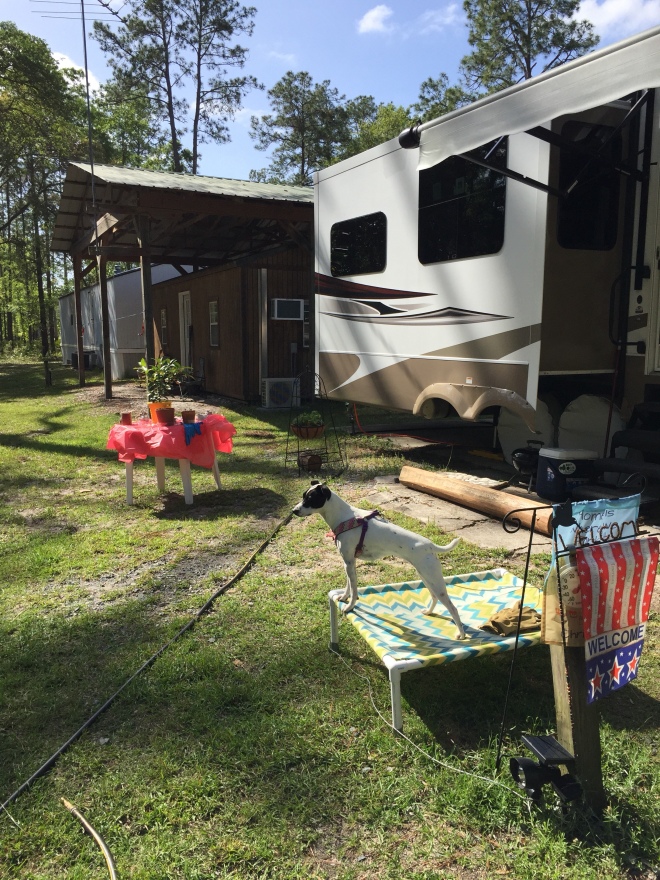 This was our first experience volunteering at a National Wildlife Refuge, previously we had volunteered for the Army Corp of Engineers and the Oregon State Parks.

We volunteered from October 2017 to May 2018. I contributed 767 hours and my husband worked 868 hours. In exchange for our services we were given free camping.

At the east entrance of the Okefenokee NWR there is no public camping, but for the volunteers they had a volunteer village.

The accommodations at the village included full hook-up, plus propane. The propane was a great perk when the weather turned ‘unusually cold’.  There was an ice storm and  a couple of nights with hard freezes and quite a few more nights where the temperature dipped below 40 degrees. Our electric heaters  work when it’s above 40, but if it get any colder and we want to stay warm we need to use our propane heater. We might have been able to get by with two tanks of propane for cooking, but once we started using propane heat we would have been filling up our bottles on a bi-weekly basis.

The common areas included a double wide trailer with large screen TV and cable channels. There was a separate structure with 2 washing machines and 2 dryers.

We have T-mobile cell phone service which was non-existent in the area until the first of May when they installed a tower in Folkston and then it was very weak and spotty, but some days we did get lucky and get a text message.

Internet service was provided and was routed from the double wide trailer. You could pick up the signal in your trailer, but there wasn’t enough bandwidth to do much more than check your e-mails. Occasionally if we stood outside and the conditions were good we could make a wi-fi call.

Others volunteers who had Verizon or ATT had better cellphone coverage.

The village had six cement pads, but there were only four RV/Campers parked in the area so everyone had a space between them. At times there were six volunteer couples and the other two campers parked next to a roof structure (the campers were too tall to fit underneath) and they were able to access the utilities and have FHU.

There were three cabins and a single wide mobile home that were used for temporary hires or volunteers. 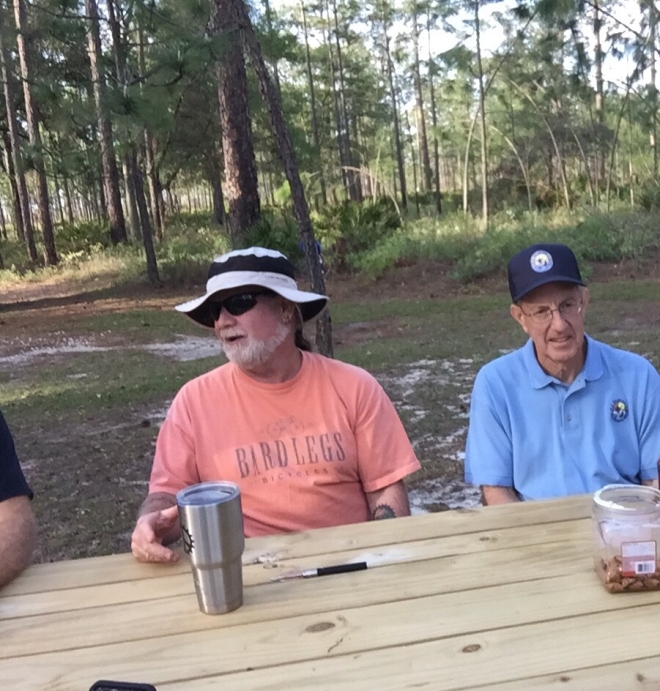 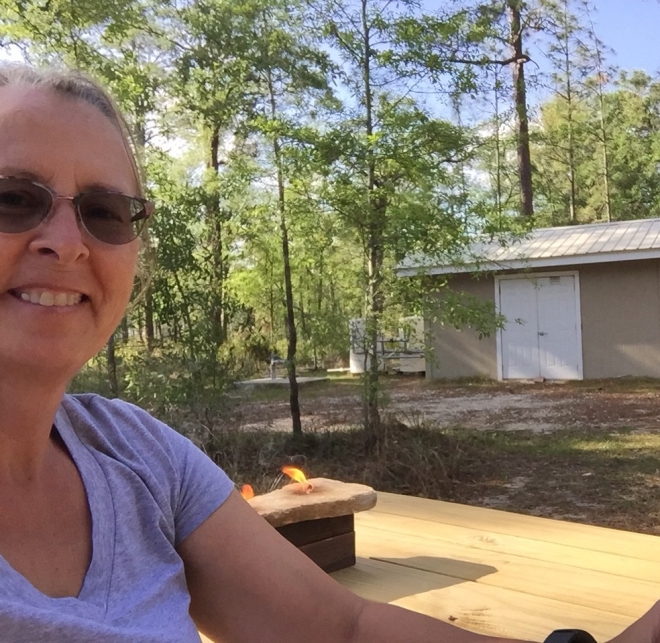 Every couple worked 3 (eight hour) days. We really enjoyed having the 4 days off to explore the surrounding area.

All volunteers were given a couple opportunities to accompany the biologist when he went to install  Red Cockayed Woodpecker (RCW) homes, ban birds, or clean nest. Some of us were also given a chance to accompany fish and wildlife when they went on the St. Mary’s to capture sturgeon.

As part of the orientation, we were taken to all the entrances of the swamp and enjoyed boat excursion. All three areas had unique things to offer and this made it easier to explain to guest what the other entrances had to offer. We also had a field trip to Cumberland Island.

There were many perks to volunteering at the Okefenokee Refuge; such as enjoying the walking trails and boardwalk, free use of canoes and kayaks, boat rides and facilities such as the weight room.

But the best was the amazing volunteers we met and the staff. We had a wonderful time, it was a great experience and we learned a lot about the swamp.